The concert of the choral music announced the beginning of the Annual XV International Festival «Epiphany Nights» on January 12, 2020. The old Lutheran Cathedral downtown Saint-Petersburg opened its doors for all who like to sing and listen to spiritual hymns. The Neva Church of Christ congregation was the coordinator of the event. This year nine choirs from different congregations of Saint-Petersburg, Leningrad region, Moscow and Tallinn (Estonia) sang their own short programs and in the end, we sang eight hymns together.

The Neva Church of Christ Choir has been participating in the Festival since 2009 and since 2011 we have been coordinators of the opening event, which has always been a choral music concert. It seems like all choirs, participants of the concert, have the unspoken agreement to sing at the concert a cappella from the time our choir sang there for the first time. About 500 visitors came to the concert and about 300 sang in the combined choir. 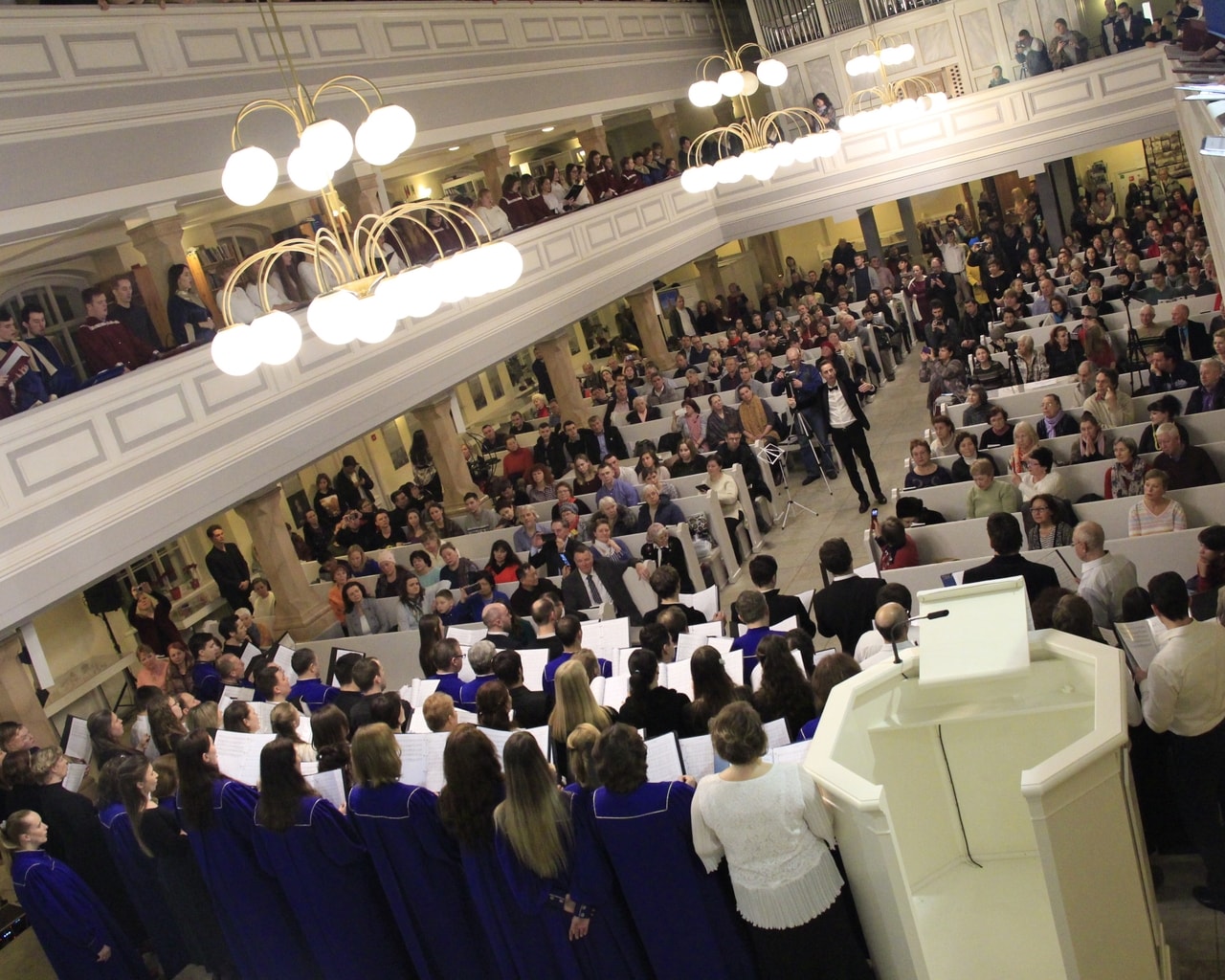 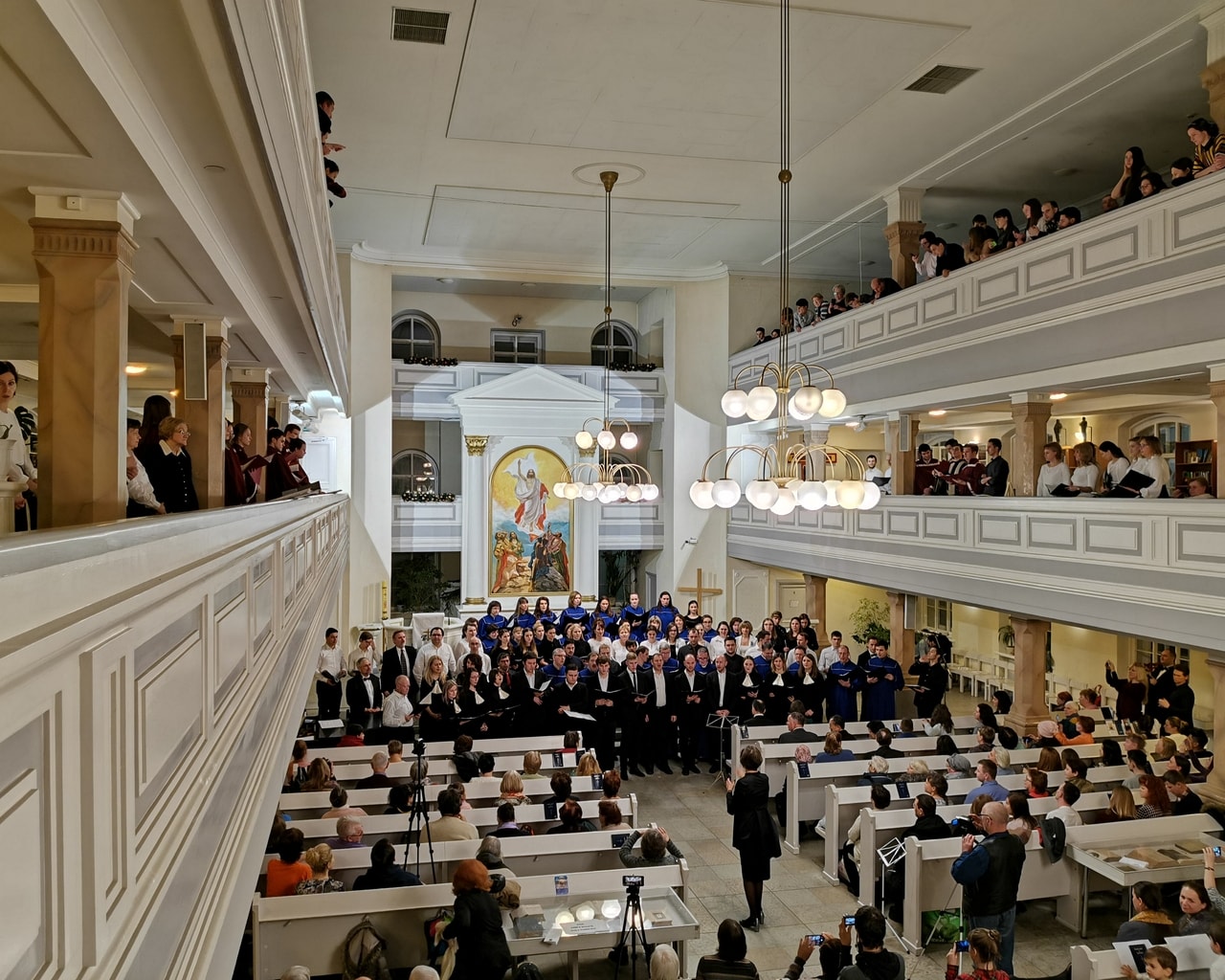 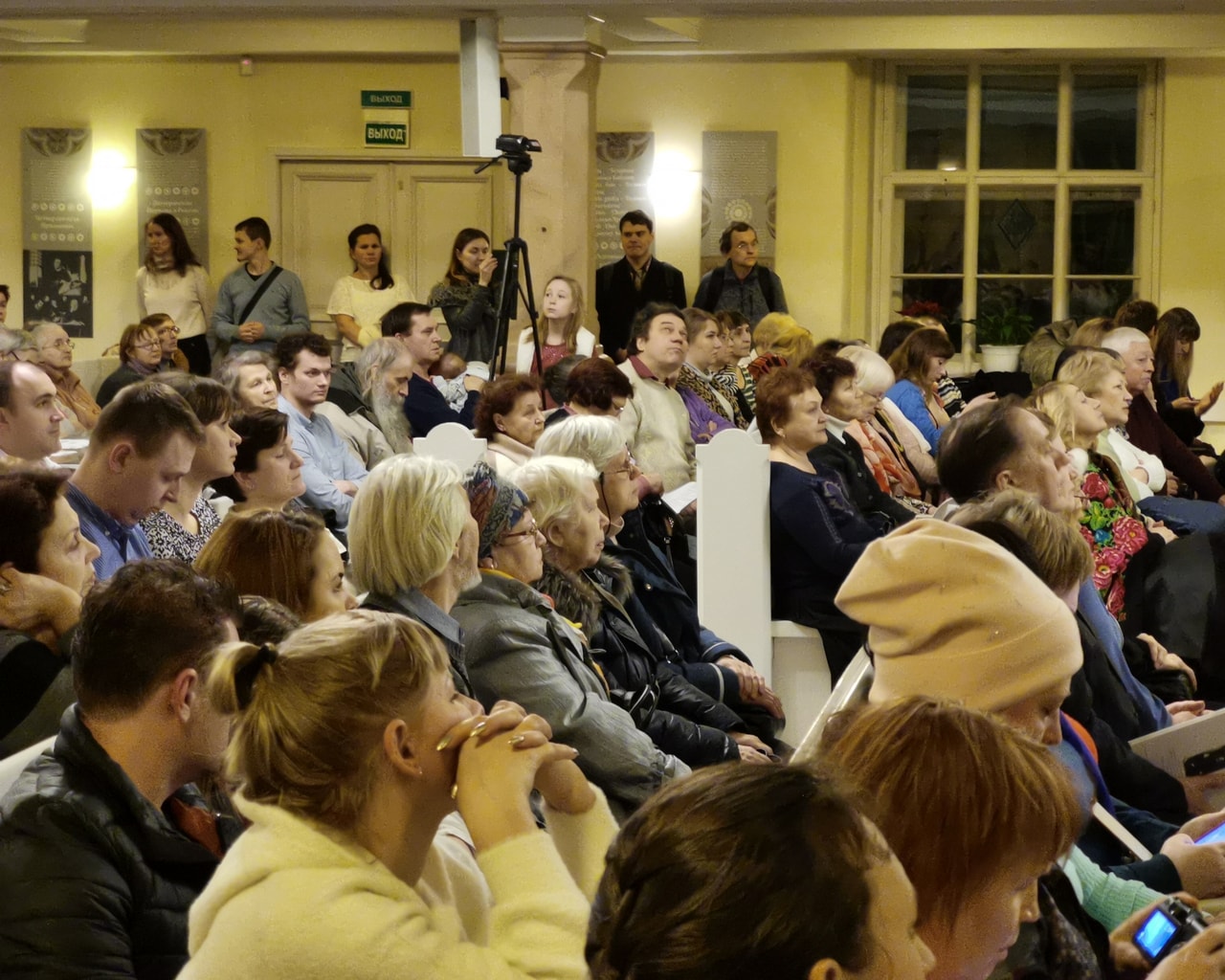 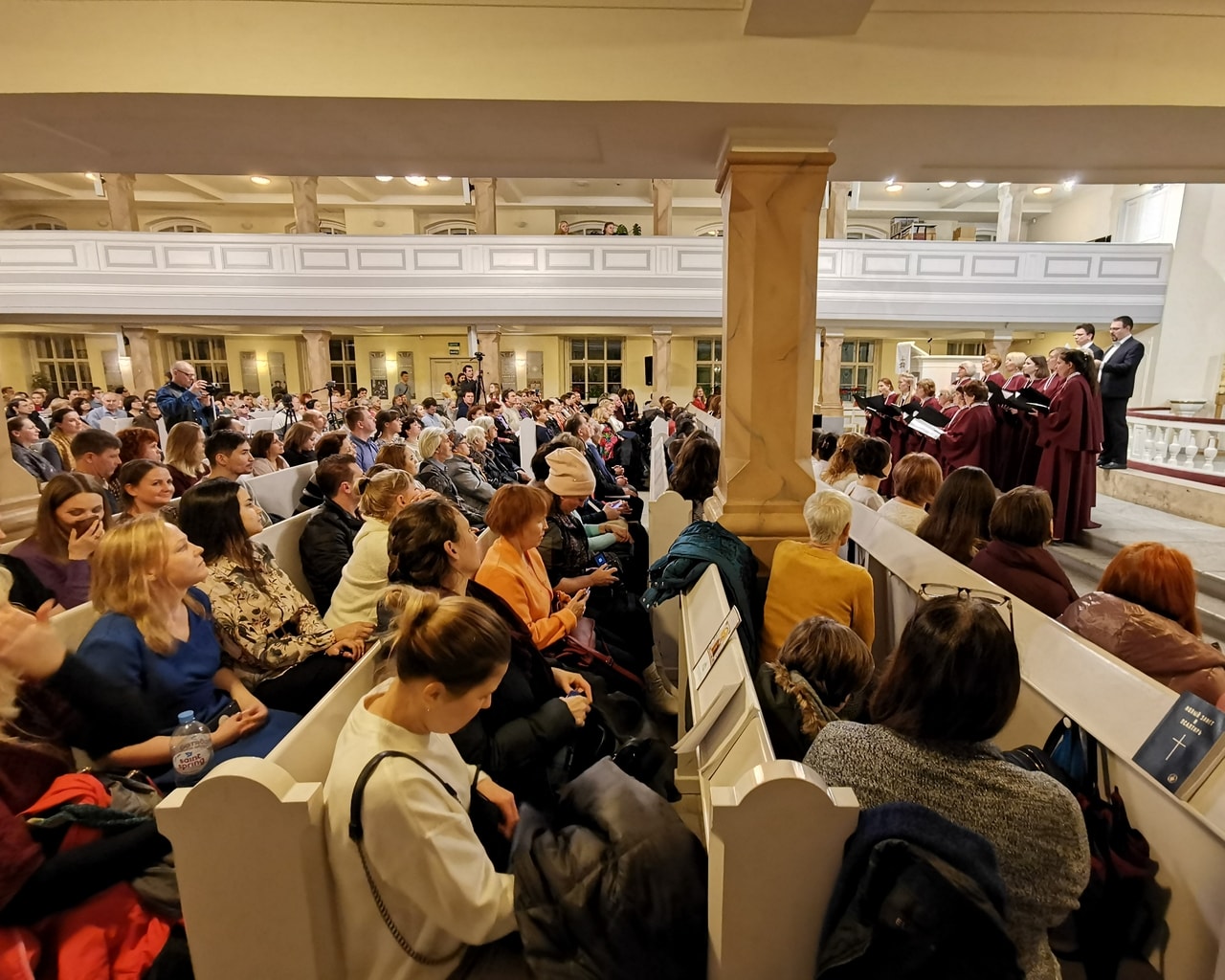 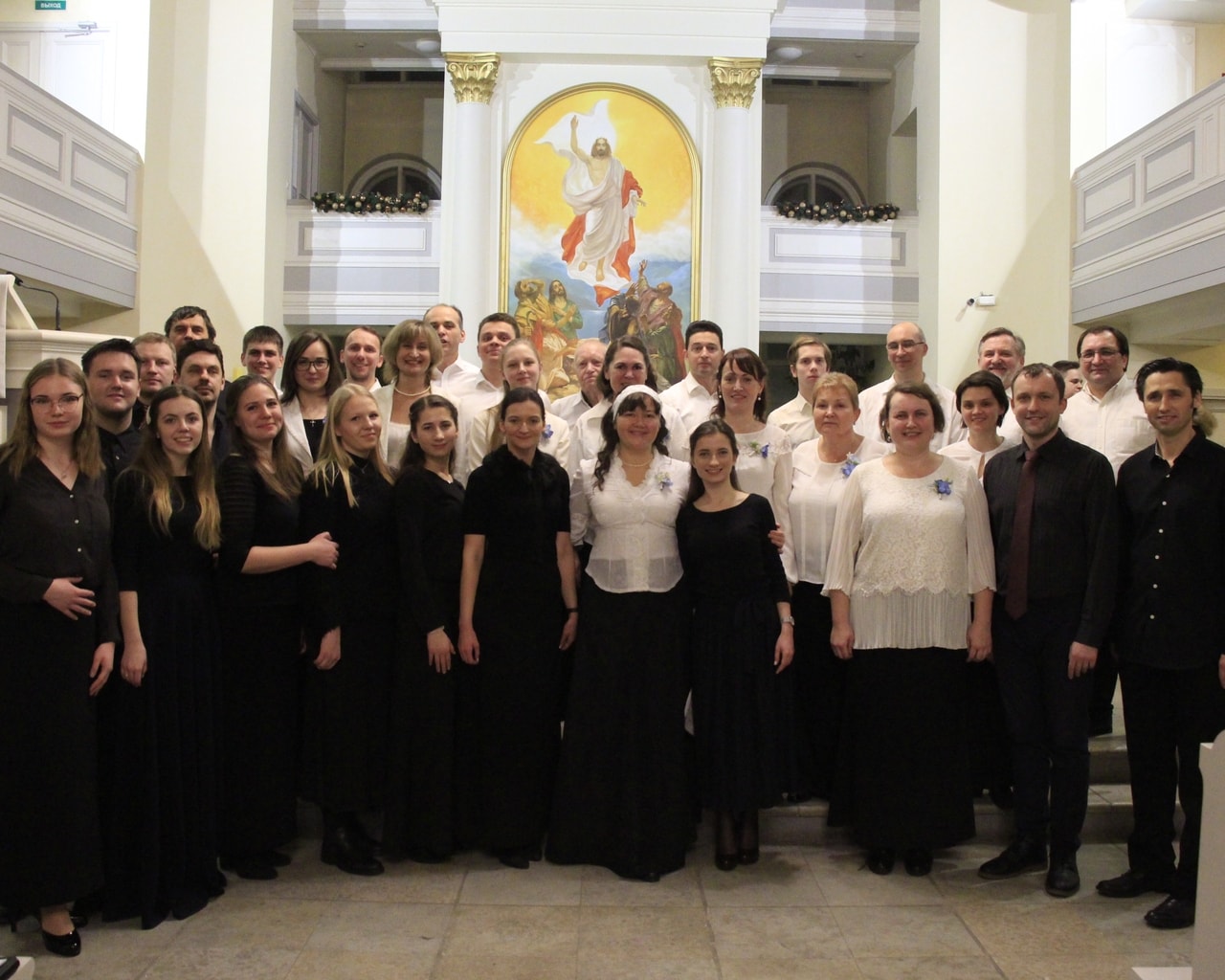 The Neva Church of Christ Choir with the Choir from Tallinn, Estonia 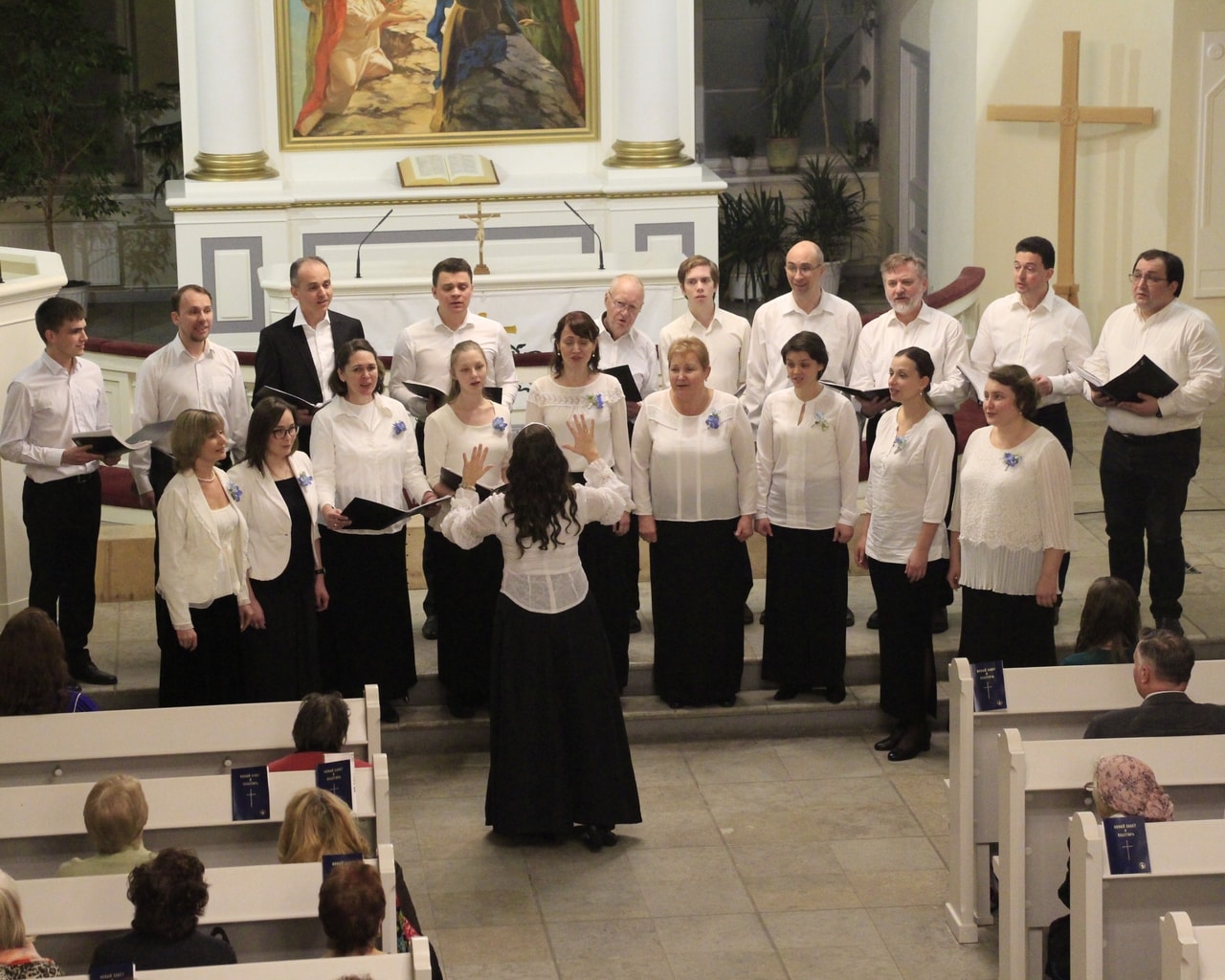 The Neva Church of Christ Choir 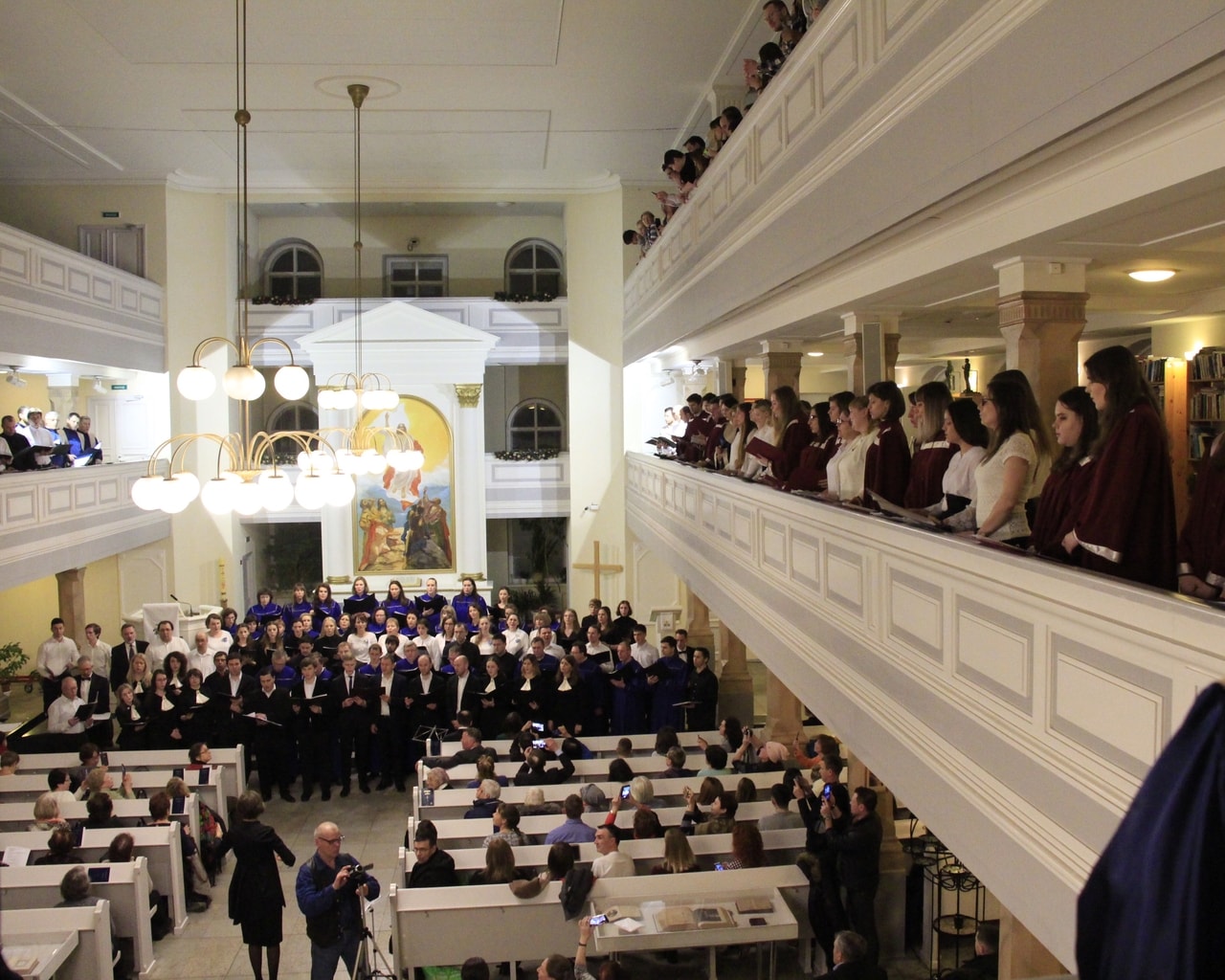 Combined Choir with singers at the balcony 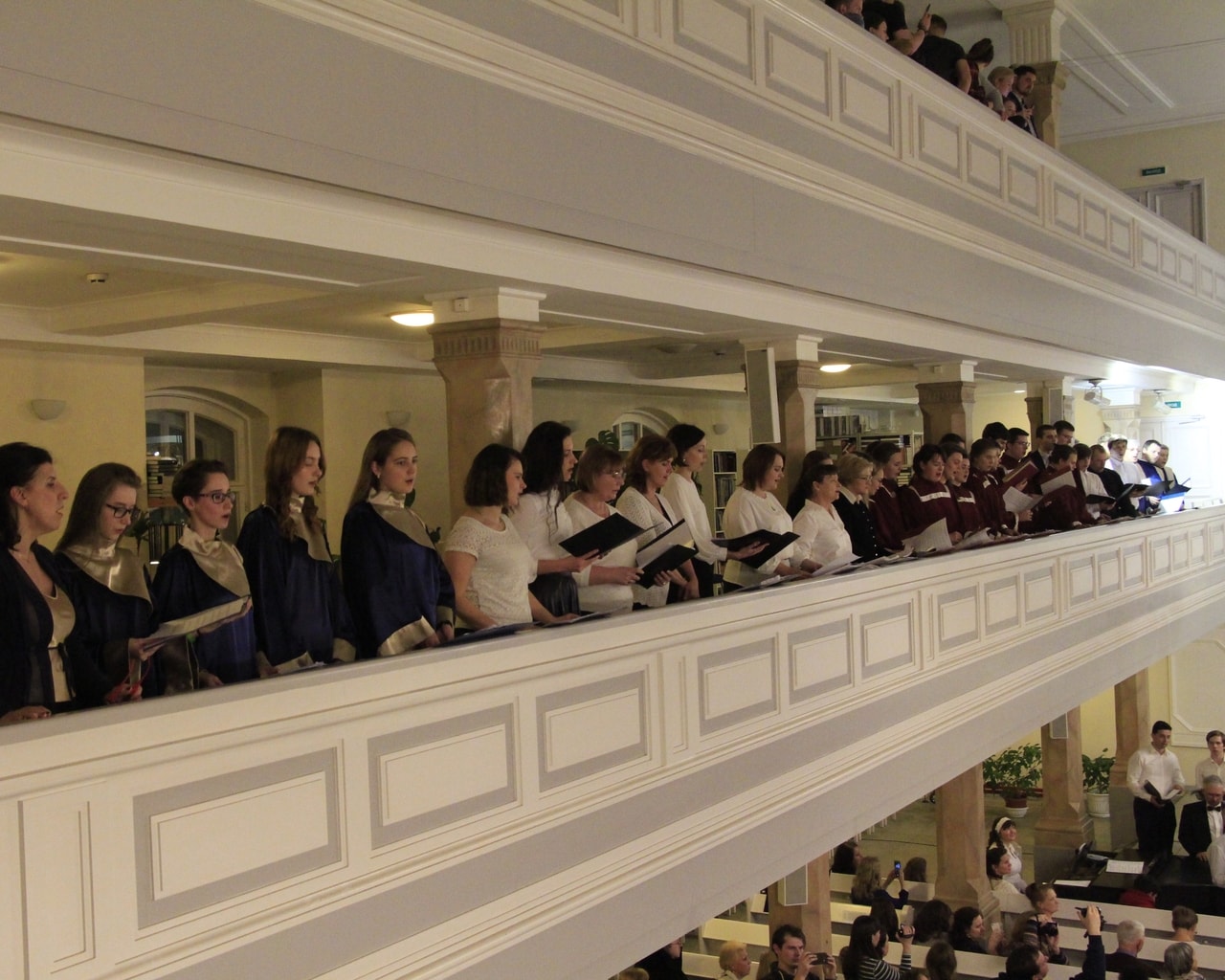 Singers at the balcony 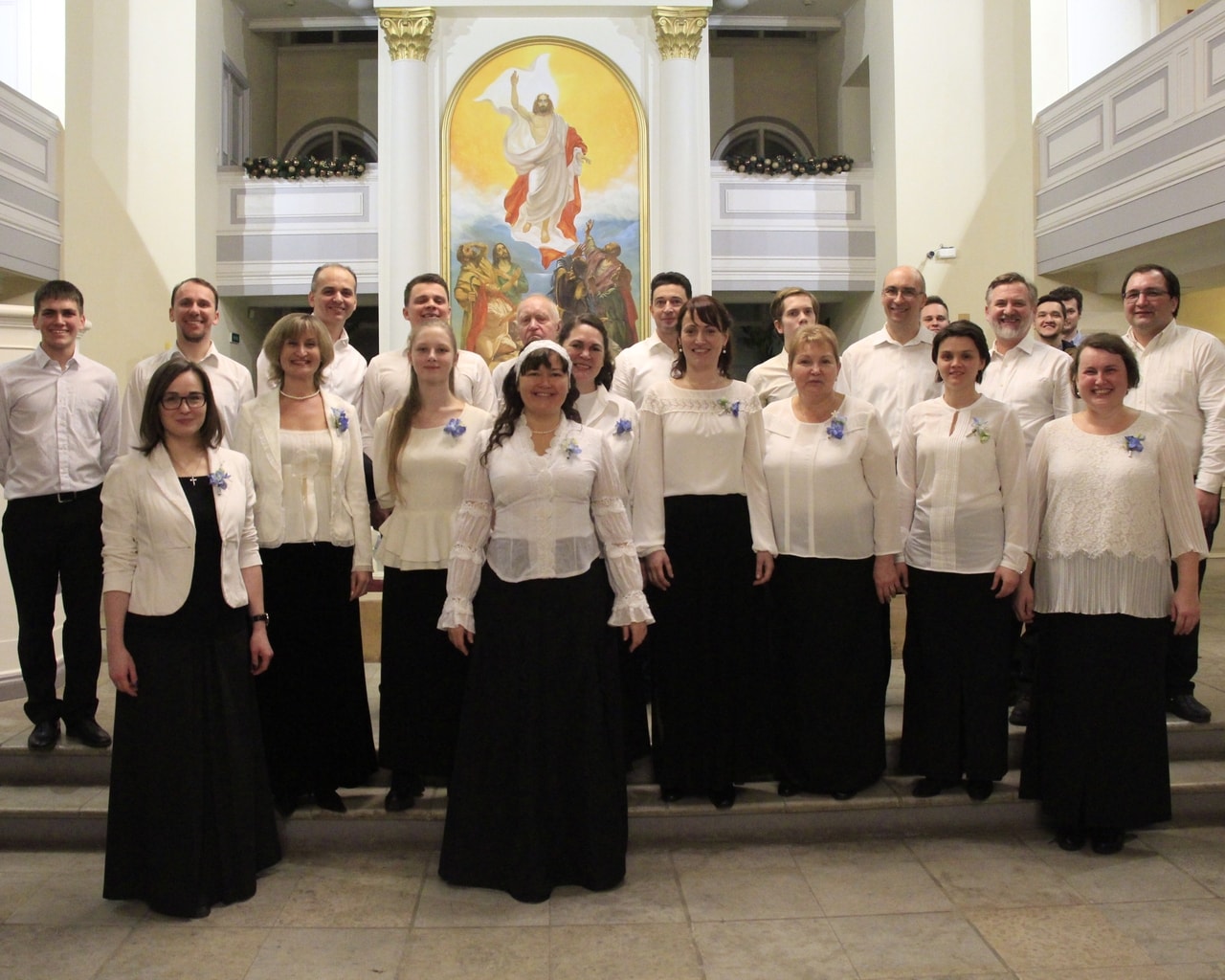 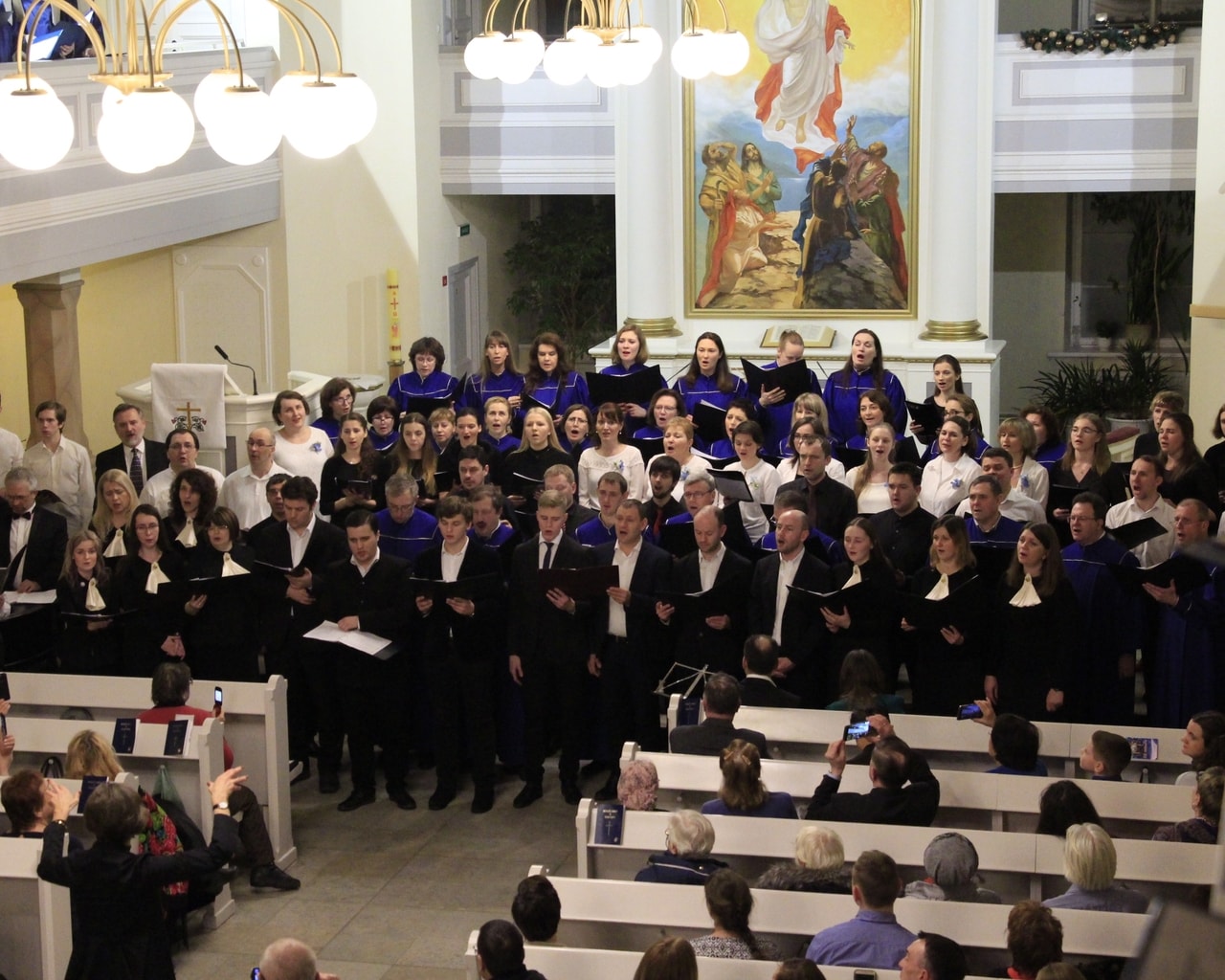